Come in and experience why we're the fastest growing dealer group in the area!! We include a nationwide 30yr/300,000 mile warranty*!! Home delivery available** (see dealer for details). Test drive your new vehicle today!!


Reviews:
* If you've got a muscle-car mindset but are in the market for the balance offered by a mid-size sedan at an affordable price, the Avenger is the most NASCAR-esque option out there. Source: KBB.com The listed price includes $1,000 Pettus Automotive Trade Assistance (trade must be 2012 or newer) and does not include our $499 admin fee. Tax, title, and license are extra. We try to ensure our pricing is accurate and up to date. We occasionally make a data entry or human error that can affect the accuracy of our online information. Please call us to confirm pricing and availability on any vehicle before visiting.

Model Overview
Replacing the Stratus in Dodge's 2008 model lineup, the Avenger brings a completely different, more upright and angular appearance that borrows styling cues from the big Charger sedan and Dodge's muscle-car past. But the Avenger's appeal goes beyond outward appearance; the model offers several innovative interior features not otherwise seen among its peers.
Examples of the standout interior features available include the Chill Zone, a cooled storage compartment that can hold up to four beverage cans, a heated/cooled cup holder, stain-resistant seat fabric, LED directional interior lighting, and MP3 play compatibility on all audio systems. There's also a rear-seat video system, a Bluetooth UConnect hands-free cell phone interface, and an audio system called MyGig, which is paired with a navigation system and 20-gigabyte hard drive for storing music and images, or recording voice memos.

The Avenger is available in three different models: the basic SE, upscale SXT, and sporty R/T. The SE and SXT come with a standard 173-horsepower, 2.4L four-cylinder engine that brings up to 30 miles per gallon on the highway, according to EPA estimates. Optional on the SXT is a 189-horsepower, 2.7L V6 engine, which has flex-fuel capacity for operating on any mix of gasoline and ethanol up to E85 (85 percent ethanol). Both the 2.4L and 2.7L engines are paired with a four-speed automatic transmission. A 235-horsepower, 3.5L V6 is standard on the R/T and is matched with a six-speed automatic transmission with Auto Stick manual control. All-weather all-wheel drive is optional on the R/T; all other Avengers come with front-wheel drive. 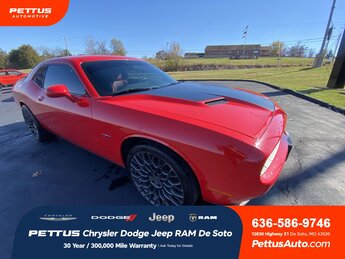 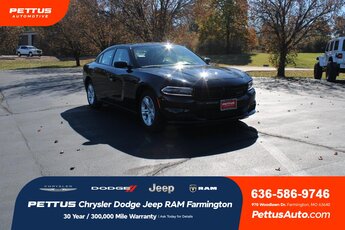 * Pricing -  All vehicle pricing shown is assumed to be correct and accurate. Incentives, credit restrictions, qualifying programs, residency, and fees may raise, lower, or otherwise augment monthly payments. Additionally, incentives offered by the manufacturer are subject to change and may fluctuate or differ based on region and other considerations. Unless otherwise noted or specified, pricing shown does not include title, registration, or tax fees and costs.

* MPG - Vehicle information, as well as features and other inclusions, may vary by model and are based exclusively on standard equipment. No claims, warranties, or guarantees have been made related to the accuracy of customer payments, model equipment, or vehicle pricing. Please call with any questions you might have and to reassert the accuracy of any information presented here.

*Warranty - Warranty eligibility may vary based on a variety of factors, including vehicle mileage and condition, year of vehicle, specials, fees, and qualifications. Not all vehicles apply. Consult your dealer for complete warranty eligibility details.